Paul – February Resident of the Month 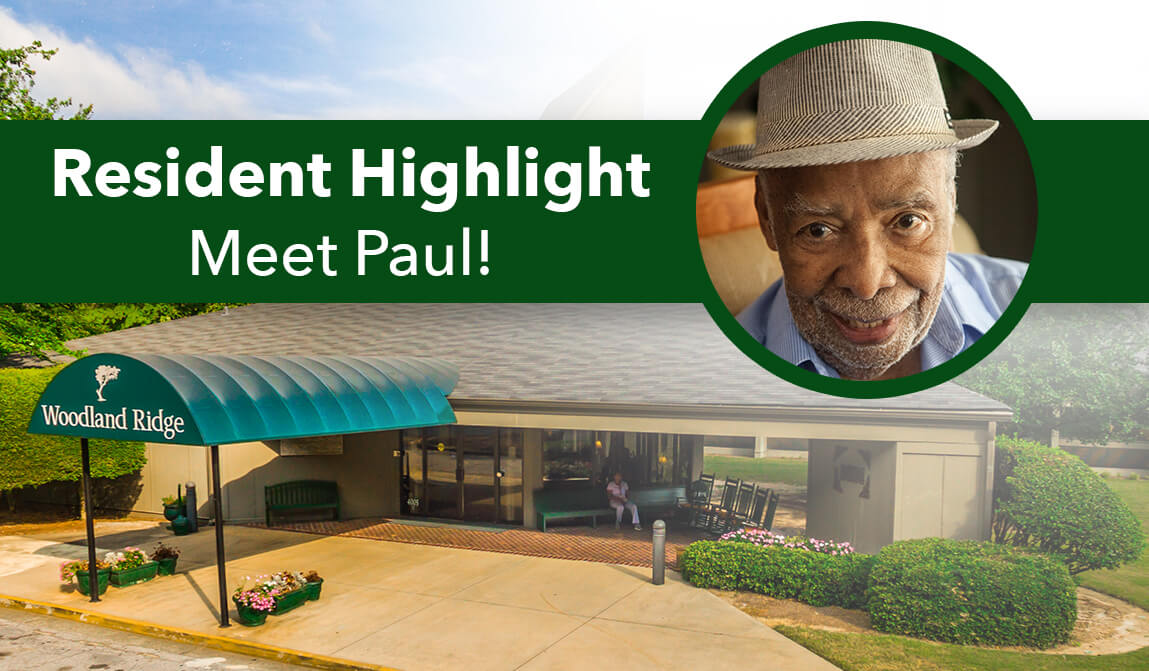 Congratulations to our Woodland Ridge February Resident of the Month, Paul!

Paul is originally from Atlanta, Georgia and was an only child growing up. He went into the Army during WWII and worked as a payroll clerk. While stationed in Paris, he learned to speak French and became quite fluent in the language.

After returning to the states, Paul attended Morehouse College for two years, and it was during this time that he met his wife. Mr. Paul says they took the same streetcar to school every day and he finally worked up the courage to ask her on a date.

Mr. Paul was the head tailor at the downtown Atlanta Rich’s store for years. When they closed that store, he worked at the Buckhead location for a time too. Mr. Paul’s daughters remember going with him to Rich’s to ride the Pink Pig at Christmas time. Mr. Paul has two daughters, two grandchildren, and four great-grandchildren.

In his room, you’ll see many pictures of his family, all of which were taken by Mr. Paul. His hobby is photography, and he does so well with it that it became a second career for him, taking pictures for weddings and other special occasions.

Travel is a hobby that Mr. Paul and his wife shared. His favorite trip was to Africa where they went on a safari in Nairobi. Mr. Paul is such a gentleman that everyone loves being around him!

Join us in congratulating Paul for being Woodland Ridge‘s outstanding Resident of the Month!