Jean – February Resident of the Month 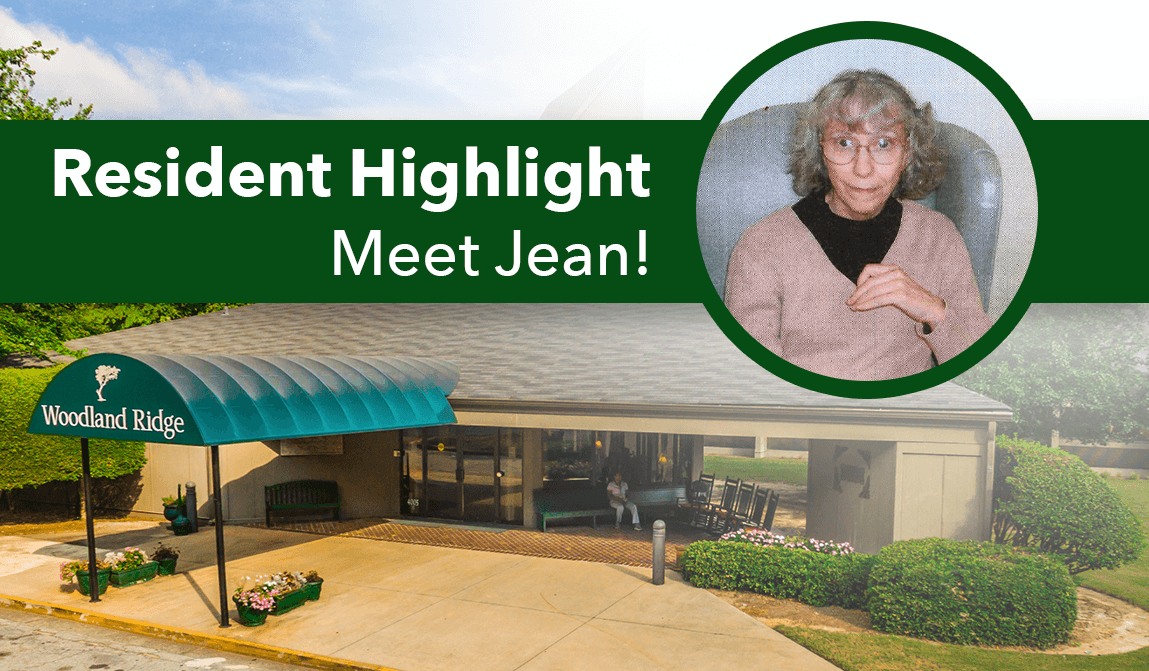 Woodland Ridge’s Resident of the Month for February 2020 is Jean! Ms. Jean was born in Ashville, North Carolina, but her family moved to Erwin, Tennessee, where she remembers growing up with her two sisters.

Jean is the youngest of the three and says she especially remembers playing with her next oldest sister, JoAnn. After college, Jean moved to Melbourne, Florida. She remembers the beautiful Florida beaches.

Jean went to work as a Bell South operator, where she stayed for ten years. After that, she worked for the library for over 20 years. Jean’s favorite books are the Bible and other religious texts. She says she found Jesus at age 26, and He has been so meaningful to her in her life. Jean is a Bible scholar, being able to quote verses from many of the scriptures. She has been a leader at her church in Bible Studies. Her favorite music is from the 107.5 radio station known as The Fish, which plays Christian music.

When Jean was growing up, they always had a cat in the house. Jean says she’s had at least five different cats over the years. Jean’s sister, JoAnn, says that when Jean comes over, their cat “Socks” loves her because Jean will brush her much of the time she’s there. Socks has to snuggle in and sit as close to Jean as she can!

Jean has lived at Woodland Ridge since 2007, making her our longest permanent resident. She’s had several roommates during this time and is known as being a very caring roommate, always looking out for them. Jean even had her first surprise birthday here at Woodland Ridge!

We love having Jean as part of our Woodland Ridge family. She always has a smile and a kind word for everyone.