Nadine Mfegue – Employee of the Month 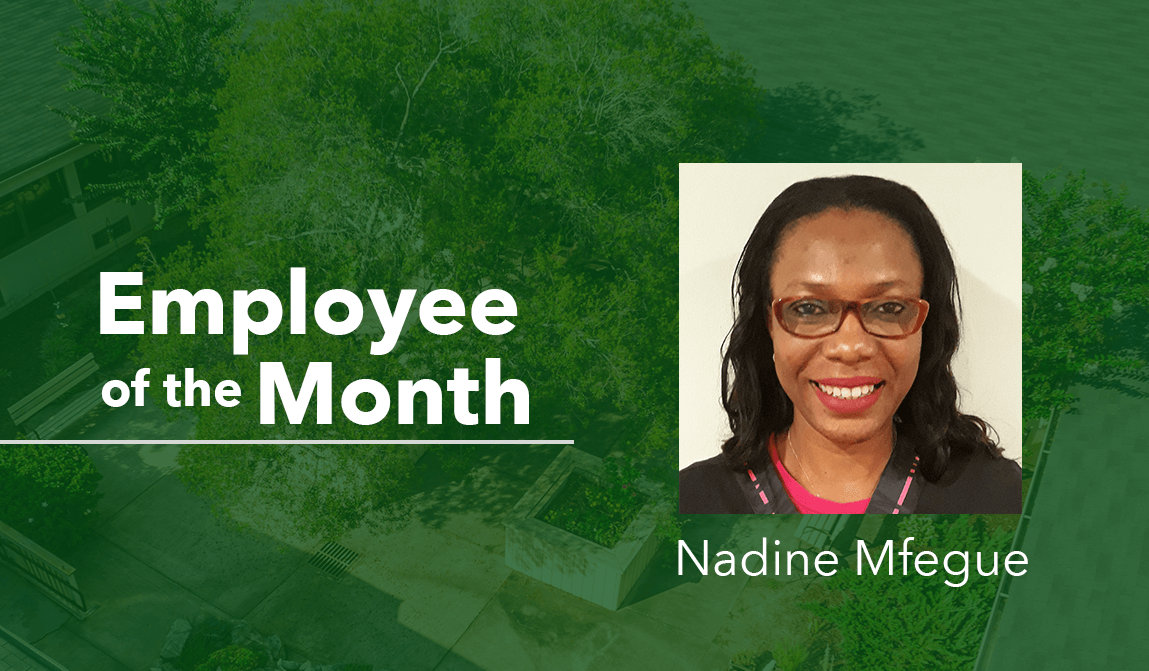 Woodland Ridge‘s Employee of the Month for February 2020 is Nadine Mfegue. Nadine is from Cameroon and grew up in a family as the oldest of seven.

Nadine has five brothers and two sisters. She remembers, as the oldest, having to care for her siblings, saying this caused her to grow up faster. Her mother was sick during each pregnancy, which left Nadine to act as a mother to her siblings. After graduating from high school, Nadine landed a job as a secretary to the Maetur Director. This branch of the government is responsible for building towns and fixing problems in towns. It was Nadine’s job to coordinate everything that the Director might need to do his job. She won two awards for her work and spent 13 years as the Director’s secretary.

Nadine met her husband at a party thrown by a mutual friend. He is an LPN, so caregiving is a family business! Nadine and her husband have three children, a daughter who is 21, and two sons who are ages 13 and 11. In her spare time, Nadine enjoys dancing of all kinds, and singing, too.

Nadine says she learned about caregiving from her mother, especially when her mother was sick and passed away in 2011. Nadine came to the United States in 2017 and has only done caregiving since coming here. She became a CNA in September 2019. Nadine likes to make people laugh and says she enjoys brightening the day of our Woodland Ridge residents. You can recognize Nadine by her bright and ready smile as well as her big heart. Woodland Ridge is so grateful to have Nadine as part of our care team.

Congratulations, Nadine, for being our Employee of the Month!