Terry – March Resident of the Month 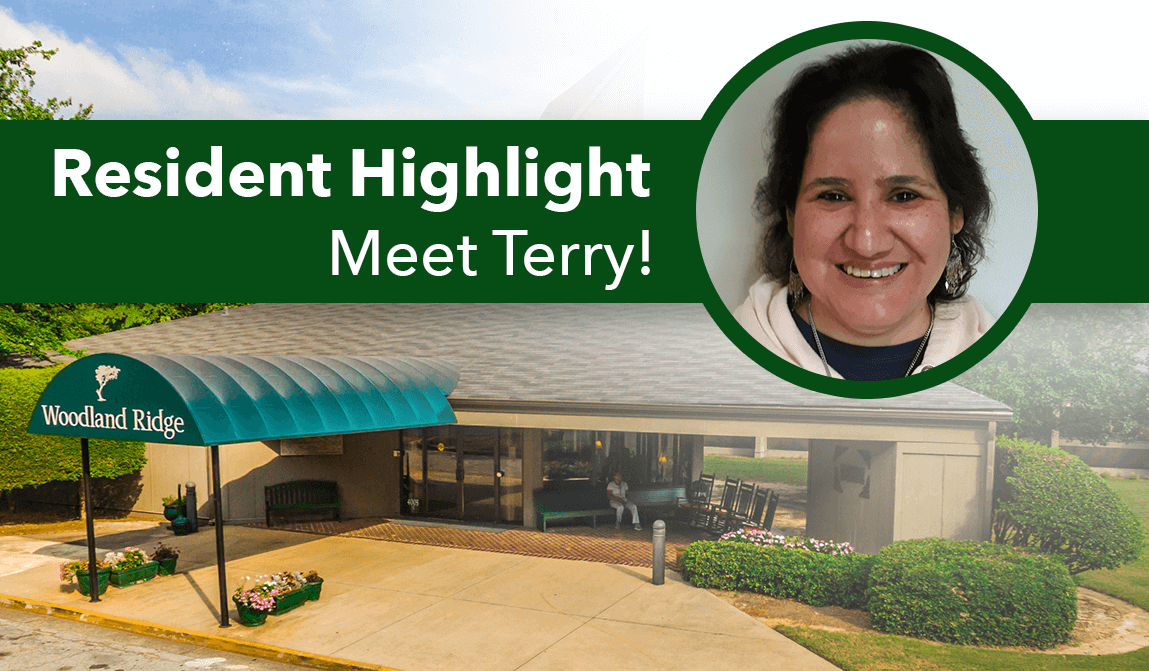 Woodland Ridge’s March resident of the month is Terry. Terry was born in Greenville, Tennessee. She and her younger brother were military brats, so they lived in numerous places. They were in Wilksbury, Pennsylvania for the blizzard of 1976/1977, in Toledo, Ohio and eventually in Puerto Rico where they went through hurricane Hugo, but luckily had little damage to their home.

Terry remembers being in the sun and swimming while they lived in Puerto Rico. Terry graduated from high school in Puerto Rico too. After graduation, the family took a trip to Niagara Falls. There was another family trip where they went out west to see Old Faithful, Disneyland, San Francisco, and Mt. Rushmore. Terry especially enjoyed exploring the caves.

Terry went to Emmanuel College in Boston where she studied child psychology. She likes working with children. Also, Terry says, “I always wanted to work with older people, so I could help them and talk with them. Their stories are so interesting.” As a kid, Terry played the piano, loved to play softball and was a quick runner.

She also did some knitting which she would like to learn again. She loves coloring which helps her to relate to children that come to Woodland Ridge. Terry says she loves to go out to eat shrimp. She especially loves her family. Terry’s mother visits when she can, and Terry’s brother lives nearby. She says her brother is a great Daddy and loves his 3 daughters.

At Woodland Ridge, Terry is at most activities, especially enjoying the music, crafts, trips, and special events. Terry has a smile that lights up the room and is kind to everyone she meets. We love having Terry as part of our Woodland Ridge family.