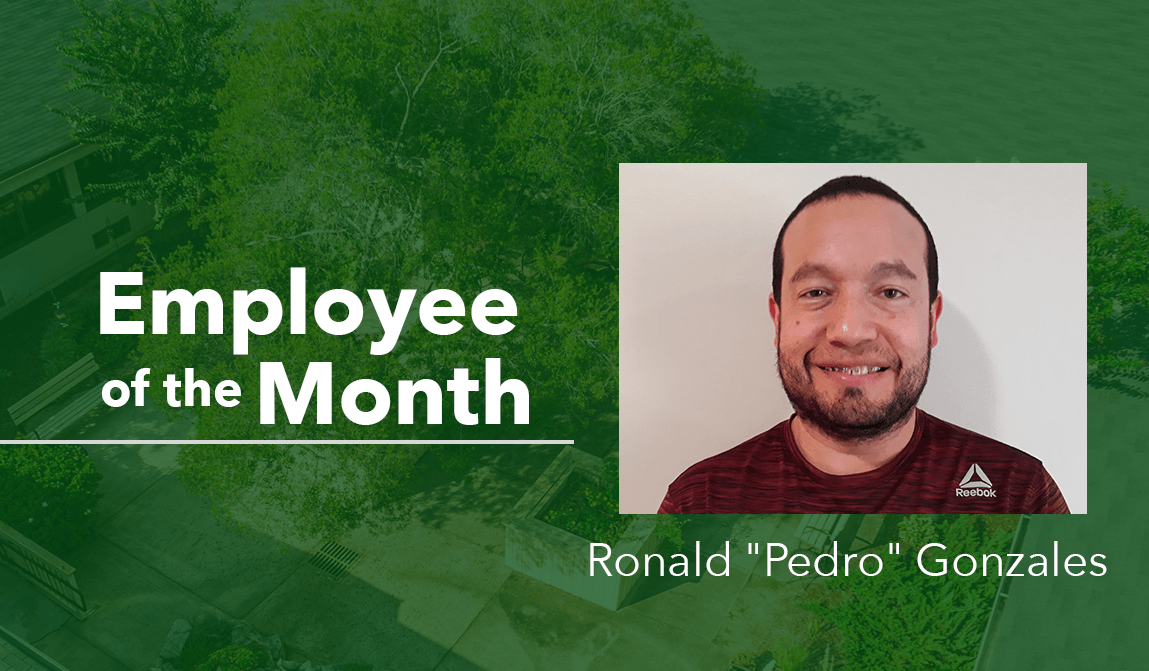 Woodland Ridge‘s Employee of the Month for April is Ronald “Pedro” Gonzales. Pedro is from Venezuela and grew up in a family with two brothers.

He remembers riding his bicycle in his hometown. He grew up to attend the university and graduated with a degree in business administration. Pedro says he’s had many jobs in his life, working from small businesses to eventually running his own business. Before moving to the United States, he owned a telephone and phone services store, and a video store in Venezuela. Among his other jobs are working as a farmer, a builder, and here in the U.S. as an Uber driver. He is one of those people that can fix almost anything.

When Pedro owned a video store, his future wife, Rosita, was a customer who applied for a job in the store. They dated and eventually married. They tease that once he was her boss, but after marriage, she is his boss. Pedro and Rosita have been married for 20 years and have a daughter who is 17 years old and a son who is 14 years old.

Pedro came to the United States [Atlanta] two and a half years ago to have a better life for his family. The family likes to travel and go for walks together. The family likes to travel and go for walks together. One of Pedro’s favorite trips was to the Rodaima mountain top in Venezuela. He says the trip takes at least two weeks because you spend the first seven days hiking to the mountain top, and another seven days to hike back down. While at the top there are flowers, plants, and animals that only live there. He says it looks like you’re on another planet. Next time you see Pedro, ask to see the pictures from this trip. They’re amazing! The cost of this trip is $400 to $600 per person, between the cost and the amount of time it takes, for most people it’s a once in a lifetime experience.

Pedro’s hobbies include motocross, which is off-road motorcycle racing, tennis, and mountain biking. Pedro has worked at Woodland Ridge as a Maintenance Assistant for nearly two years; first as a part-time worker and later as full time.

He says “I enjoy my job at Woodland Ridge because I like to help the elderly.”

We love Pedro’s friendly attitude, willingness to help everyone and his work ethic. He’s always busy helping someone!