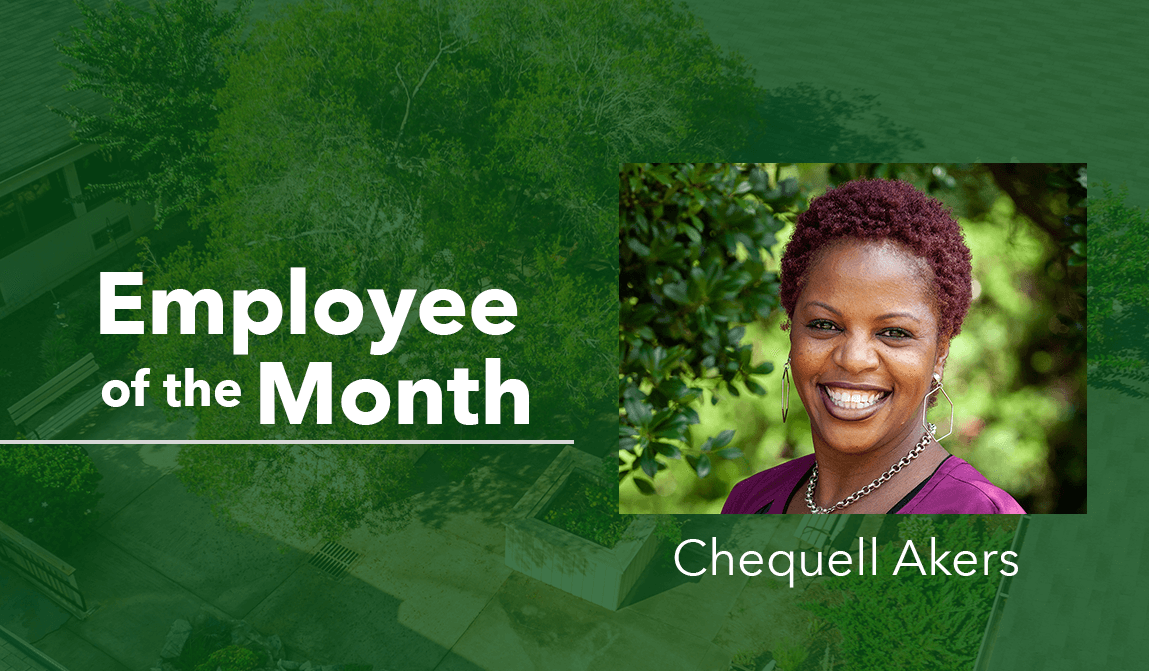 Woodland Ridge’s employee of the month for September is Chequell Akers! Chequell is originally from the Bahamas and moved to the United States in 1998, living in Clinton, Iowa for the first four years before moving to the Atlanta area. She says she’s been here so long she’s practically a true Southerner!

Chequell grew up in a family with two sisters and three brothers. Her Mom has been an inspiration for Chequell. When she was growing up, her Mom always taught her to share, saying “Don’t eat in front of people, always share.” This is why Chequell says she was always drawn to the less fortunate, taking an extra sandwich to school or sharing whatever she had with other kids. One young boy followed her home after school. Chequell was worried because the other kids were calling him her boyfriend, but her mother saw his need, took him in and helped him too.  In high school, Chequell did job training in nursing and eventually got her certification in Phlebotomy years later at Chattahoochee Technical College. Caregiving has always been something Chequell wanted to do.

Much of her working career has been in retail, selling, managing, supervising and eventually running her own business, which she still does today. Her husband runs his own business as well. They met in a jazz spot, but Chequell says it was because he was a Christian like her that has kept them together.

Chequell is the life of the party. She enjoys making people smile and can also be a prankster. No one is immune from the pranks, not her mother or even her Pastor. Chequell says she tries to cheer up people, her residents, our staff and everyone she meets. When talking about Woodland Ridge she says, “I love the people, especially our residents. I love hearing their stories. They make me laugh, and I get warm feelings from them. I found my passion working here!”

We are thrilled to have Chequell as a part of the Woodland Ridge family, thank you for all your hard work, we appreciate you!