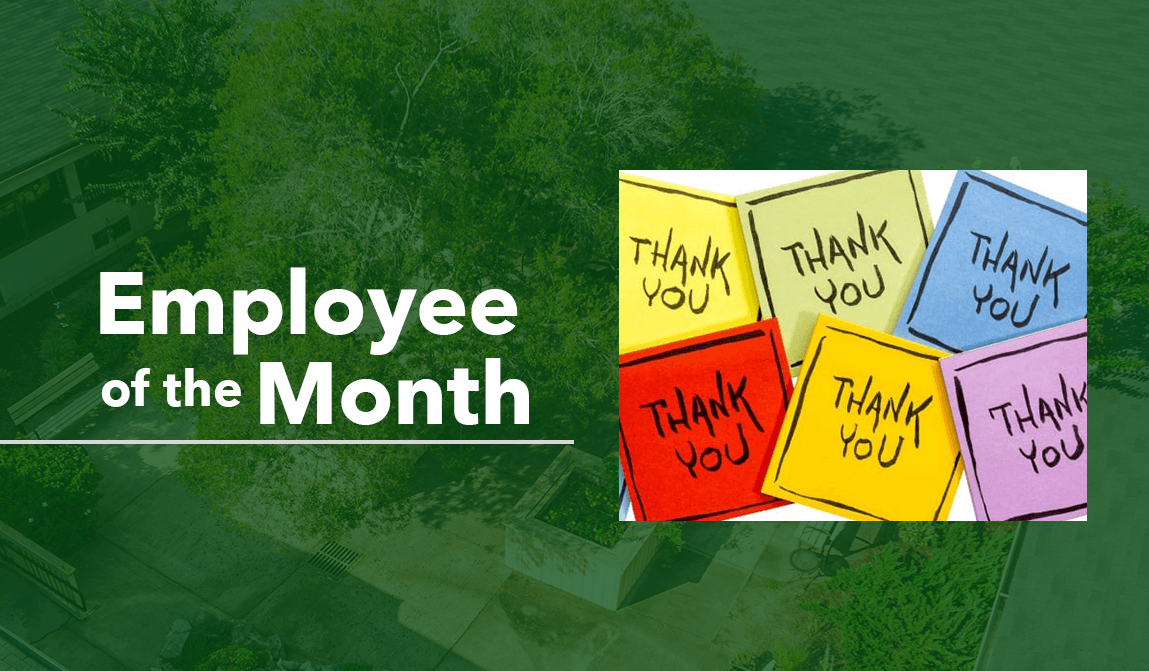 Woodland Ridge has decided to recognize five employees who went above and beyond during the COVID-19 pandemic as our June Employees of the Month!

We’re honoring Richard Garrett and Juan Venegas from dietary, Juana Sanchez from housekeeping, and Loveline Ebat and Victor Bouka from nursing. Richard and Juan kept our kitchen running for weeks with no days off, Juana did the work of two people to keep our building clean, and Loveline and Victor took on the night shift duties while our regular staff members were out sick.

Here’s some background on each of our exceptional team members.

Richard is originally from Talladega, Alabama, but as an Army Veteran, he has lived all over—including Nuremberg, Germany, and Hawaii! He has a son and a daughter, as well as a granddaughter that he calls the light of his life. Besides cooking, Richard loves tennis, golf, running, and, as he puts it, “anything outdoors.” Richard is loved by our residents for his friendly, caring attitude that continues even during the pandemic.

Juan is originally from Costa Rica. Growing up, his parents ran a cantina, and he helped out as a little boy, so he has been cooking his whole life! Juan has worked on country clubs, hotels, and senior living communities like Woodland Ridge. Juan is married with two children—a son who is a Georiga State alum and a daughter who is going to college in the fall. When he’s not working, Juan loves outdoor sports and jogging. Juan says, “I love working in a non-profit, and I like caring for others.”

Juana is originally from Guanajuato, Mexico, and has lived in the United States since she was 14. She and her husband have two sons, and they love to watch them play in soccer matches. In her spare time, Juana enjoys going to the gym and going shopping. Juana has been at Woodland Ridge for 12 years and loves talking with our residents when she cleans their rooms. She is always doing extra things to go above and beyond for our residents!

Loveline is originally from Cameroon, where she grew up as the oldest of seven siblings! Loveline has always wanted to be a nurse and graduated in 2012 with a Bachelor’s degree in Nursing from the St. Francis Higher Education school in Africa. The next year she received a Bachelor of Science in Nursing and, in 2014, came to the United States. In 2016, she received her Phlebotomy certificate and chose to work at Woodland Ridge while waiting to take the RN exam. She was supposed to take the exam in March, but it was postponed due to the pandemic. Loveline hopes to take the test in September. When talking about Woodland Ridge, she says, “I like the teamwork. It’s awesome! We work so well together, and they even make sure we’ve been fed.” Loveline says she’s never regretted coming to Woodland Ridge, and we feel fortunate to have found such a loving, nurturing, and hardworking caregiver.

Victor is originally from Cameroon, where he grew up with four brothers and four sisters. He remembers his father telling him that if he worked hard, he would be able to “eat from the fruits of your labor.” Victor says he likes to work and learned to always do his best. In Cameroon, Victor earned his high school diploma and is certified in building and construction. Eight years ago, Victor’s wife came to the U.S., and Victor was lucky to be able to follow two years ago. Together, they have three sons – ages 9, 5, and 10 months. In his spare time, Victor loves soccer, both playing and watching. He also takes his children to the park, watches movies, and teaches his sons how to play soccer. Victor feels he is fortunate to have found Woodland Ridge. He says, “They hired me, helped me and were so kind to me. It’s the place to be, and I like the management. I would like to thank the staff for the wonderful job they’re doing. They gave me hope and helped me in taking care of my family.”

We are so grateful for each of these dedicated and caring staff members. Each one has provided specialized and valuable care during the COVID-19 pandemic and beyond. Thank you all for keeping Woodland Ridge running smoothly during these unprecedented times!