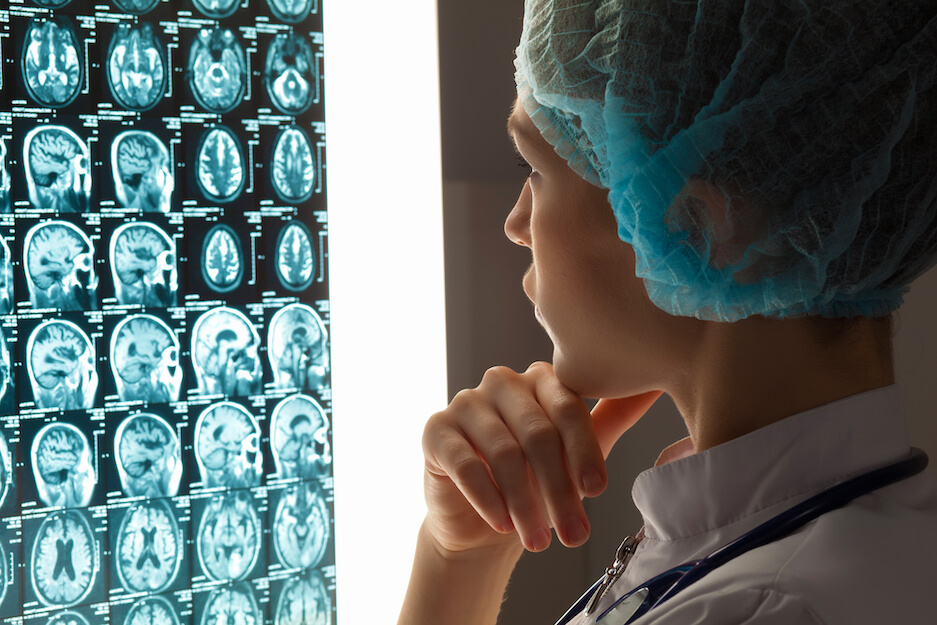 1900s: The Discovery of Alzheimer’s Disease

As odd as it may seem, the first Alzheimer’s disease fact comes from over a century ago. In 1906, Alois Alzheimer conducted an autopsy of one of his previous patients, Auguste Deter. Auguste Deter began showing symptoms in the late 1890s, from unfounded suspicion of her loved ones to forgetting her name; Deter was transferred to Alzheimer’s care in 1901.

During his examinations, Alois noted her inability to remember the details of her life, rapid mood shifts, and called it ‘Disease of Forgetfulness.’ When Deter passed away, Alzheimer requested to examine her brain, where he noted his findings. The phrase ‘Alzheimer’s disease’ was later coined in 1910, by Emil Kraepelin, one of Alzheimer’s associates.

The first significant breakthrough came in 1931, with the invention of the electron microscope. This invention allowed scientists to examine brain tissue in greater detail than ever before. Scientists could finally examine the diseased tissues and further study them, but the question was still prevalent, ‘What is Alzheimer’s disease and what does it do to the brain?’ The answer to this question began forming in 1968, with the creation of the cognitive scales. These scales allowed scientists to measure cognitive health and its decline. The cognitive scales are especially important because, up until this point, we had no way to accurately measure the effects Alzheimer’s truly had on the brain.

In 1993, the first medication was approved by the Food and Drug Administration (FDA), tacrine. Even though memory care services existed before this treatment, it was the first medication tasked with helping those diagnosed with the disease. The question ‘What is Alzheimer’s disease?’ exploded in 1994, with the handwritten letter from former President Ronald Reagan informing the public that he had been diagnosed with the disease.

While we still have a way to go with establishing Alzheimer’s disease facts and its research, we have made significant progress. Woodland Ridge proudly offers memory care services for those diagnosed with Alzheimer’s disease or other forms of dementia. While there may not be a cure for this disease, we can help slow down the progress and provide support and care for the residents in our care. Memory care services are especially important to us; those diagnosed with the disease deserve compassionate care and unrivaled support. If your loved one has been diagnosed with Alzheimer’s, dementia, or a form of memory impairment, we encourage you to contact Woodland Ridge and explore our senior care options.