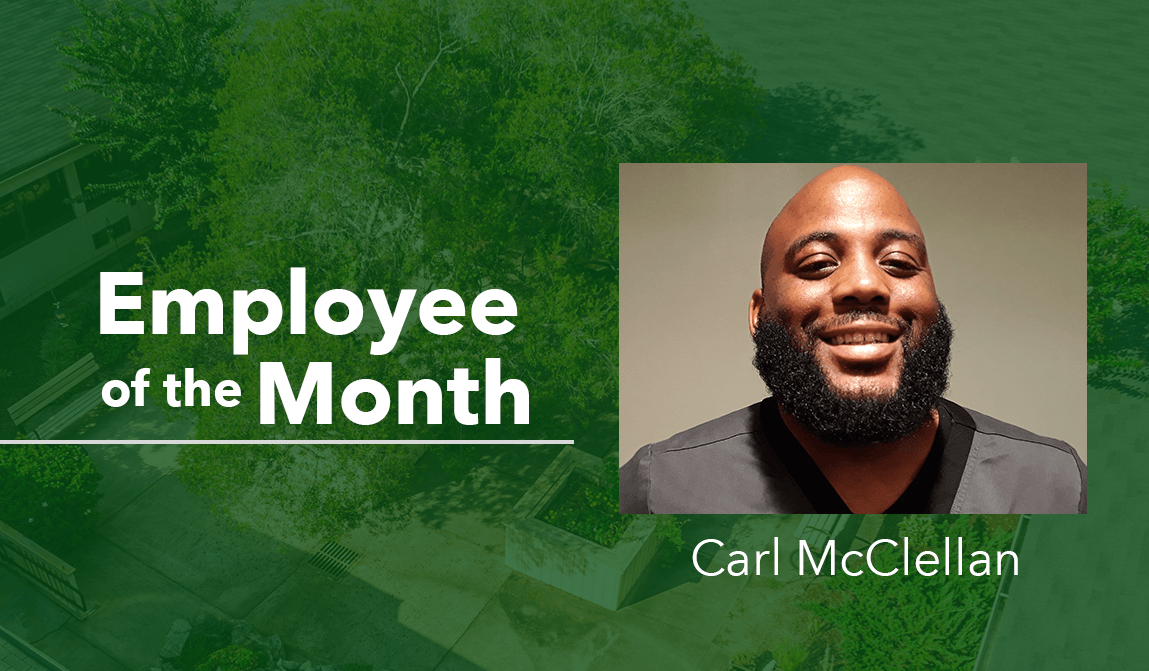 Woodland Ridge‘s Employee of the Month for January 2020 is Carl McClellan. Carl is originally from St. Louis, Missouri.

Carl’s parents divorced, but he remained close with both parents, admiring his Mother for raising him as a single parent and proud of his hardworking Father. He remembers walking home from school, and since he liked to wander a lot, he would often get lost. His parents called him, “wander boy” because of this habit.

Carl went to Vatterott College in St. Louis and earned an Associate’s Degree in Electrical Technology. After taking care of his grandparents, especially his grandmother when she had cancer, Carl decided he wanted to become a caregiver. He’s been a caregiver for the last eight years and became a CNA five years ago. Carl also does electrical and handy work on the side.

Carl loves music and sang in the church choir. His other hobbies include exercise, basketball (he played in school and still loves the sport), and reading books.

All of our Woodland Ridge residents love Carl’s upbeat attitude. He’s always willing to help whenever needed and says he tries to use the wisdom his grandparents gave him and apply it every day.

Congratulations, Carl, for being our Employee of the Month!