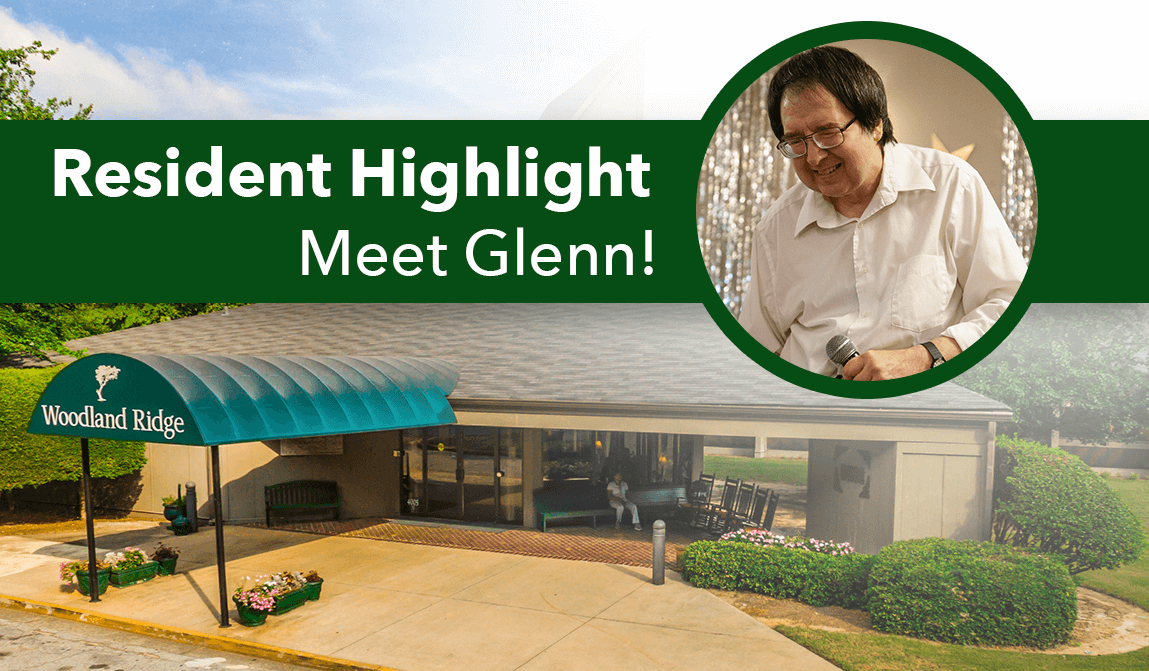 Woodland Ridge’s Resident of the Month for January 2020 is Glenn! Glenn is originally from Quincy, Massachusetts, and grew up in a family with two brothers and one sister.

Glenn attended Northeastern University and the Electronic Computer Programming Institute, both in Boston and graduated with a Bachelor’s degree in Business. Glenn met his wife, Pamela, on a blind date at a New Year’s Eve party. He says they just clicked, and the two married in 1975. They have two sons, Jason and Matthew, and two grandchildren. Glenn and Pamela were married for 38 years before she passed away.

In 1978 they moved to the Lilburn area of Atlanta, Georgia. Glenn says they moved at least 11 times for job promotions or job changes! Glenn’s son, Jason, fondly remembers the family vacations they took to National Parks all over the country, especially Mt. Rushmore and Las Vegas.

During his free time, Glenn loves railroads, especially the older steam locomotives. He’s studied up on railroads, taken numerous trips, and likes to attend railroad shows. He and a friend built their own railroad on the friend’s farm in Convene, Maine. Later, when the friend moved to Whitman, Massachusetts, they disassembled the train and reassembled it in Whitman! Glenn called the place their hobby farm. Glenn’s other passions are playing the drums and modern jazz. He’s played the drums for over 50 years in several different bands at private clubs and the Springer Opera House in Columbus, Georgia, where he lived for several years. He has played with some great musicians.

Glenn is proud of the papers he has had published and the presentations he has been asked to do on topics related to computers and risk management. These presentations have taken him as far away as Great Britain and Ireland.

We love having Glenn as part of our Woodland Ridge family. He enjoys going out to eat, the music activities, and always has a ready smile. Congratulations, Glenn, for being our January Resident of the Month!