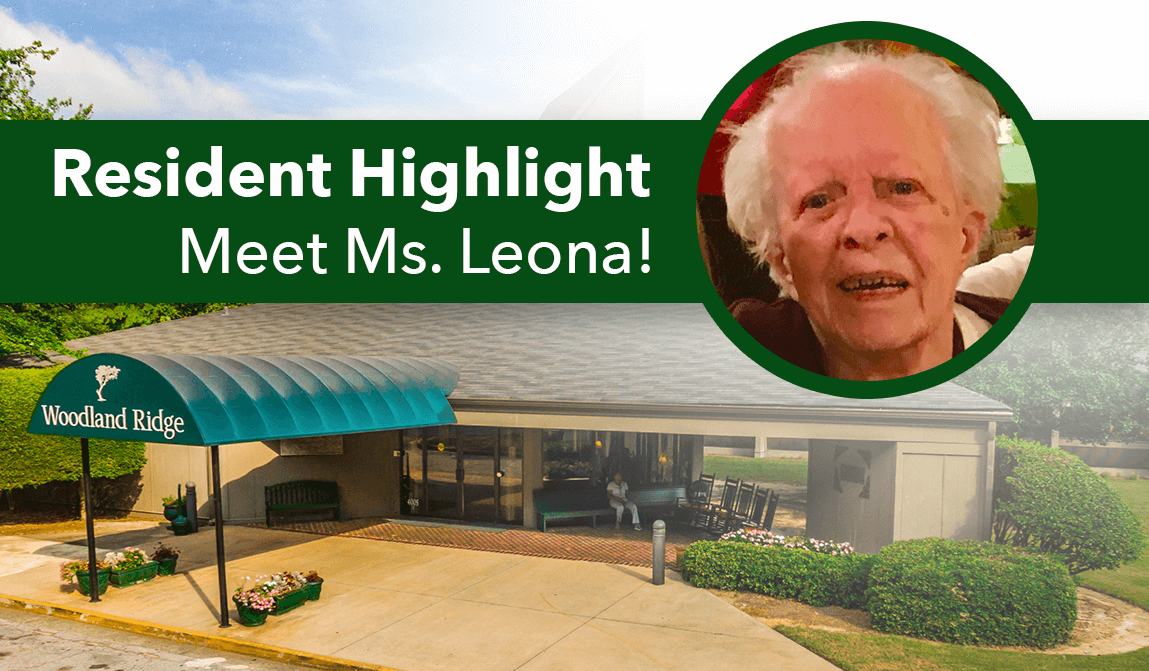 We are thrilled to highlight our Woodland Ridge August Resident of the Month—Leona! (Or as Leona prefers to be called—Ms. Lee)!

Ms. Lee is originally from Wildwood, New Jersey, where she grew up with an older sister. After Ms. Lee graduated from high school, her family moved to Miami, Florida. It was there that she met and married her husband, James. He was in the US Air Force during WWII and became a master plumber after returning from duty. They had two children: a daughter, and a son. Ms. Lee also has three grandchildren and seven great-grandchildren!

Ms. Lee has always been a leader, whether it was leading the Girl Scout troop or the local March of Dimes campaign. One of Ms. Lee’s favorite things she did was direct the Miami Pageant of the Miss Universe Contest for several years. During this time, she also chaperoned both Miss Universe and Miss USA to places like Thailand and South America!

Ms. Lee was President of the Miami Lakes Women’s Club and later President of the Condo Association when she lived in New Smyrna Beach, Florida with her sister. Her daughter remembers the summers they spent at Lake Wells near Cypress Gardens and water skiing in Biscayne Bay. Ms. Lee also enjoyed going on cruises with her granddaughters.

Ms. Lee came to live in Mableton, Georgia in 2013 to be near to her daughter. Here at Woodland Ridge, Ms. Lee attends nearly every activity and loves the crafts, music, bingo, pets, and exercise. Her other hobbies include sewing and adult coloring. She’s willing to give almost anything a try and is a friend to everyone.

We’re so glad that the spirited and active Ms. Lee calls Woodland Ridge her home. Thank you for being such an important part of our family!